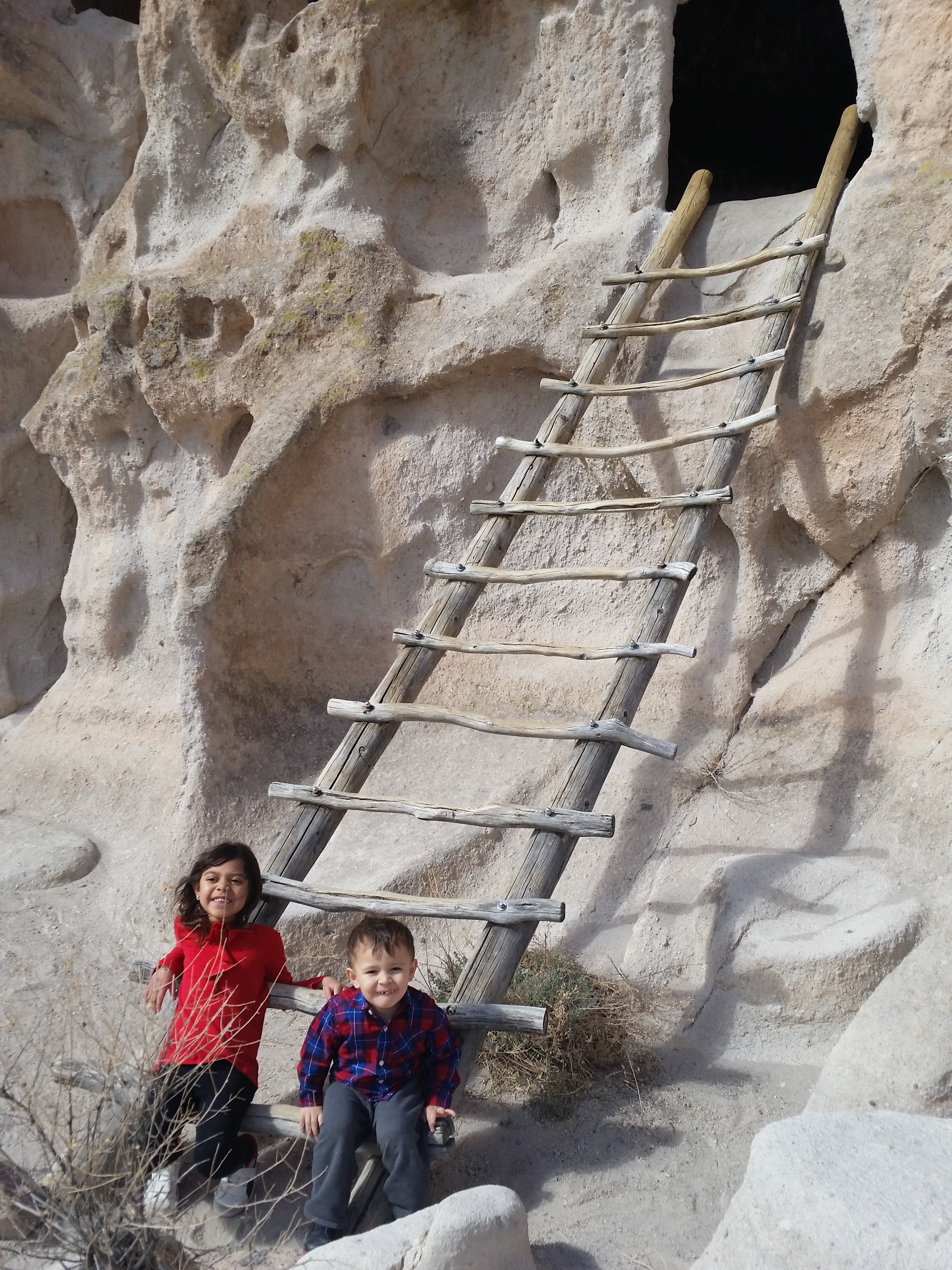 We live in one of the largest states in the union.  And although Allan and I are almost lifelong residents, there are pockets of the Land of Enchantment even we haven’t seen.  Over the last couple years, I’ve been thinking that I want my kids to see as much of our state as possible.  So I made a Pinterest board.  They may be a little too young for our #ArmentaAdventures, but who ever let that stop them?  Not us!

In early March, we headed up toward Bandelier National Monument taking the scenic route up 550 through the winding roads of Jemez Springs.  We stopped in Jemez Pueblo to enjoy some fresh fry bread with powdered sugar.  Atticus fell asleep and missed our second stop, the Soda Dam.  Allan stayed in the car with him while Cyan and I explored the caves and roaring river.

We got back on the road and passed by Battleship Rock and Valles Caldera.  A huge expanse that is a collapsed dormant volcano.  I think.  There was still some snow hanging on to the mountain tops.

Atticus woke up as we made it to Bandalier.  I had gone on a field trip there in third grade and thought the kids might like the caves.  It was a bit of a physical challenge for them  but we all made it through.  As we walked we talked about our ancestors.  Cyan likes that word.  The kids had recently seen The Croods so they associated the history with that cave dwelling family.

First up were the kivas.

Then the pueblo like rooms around the open plaza.  We tried to get them to imagine all of these structures with roofs.  They decided which was their room.

Then it was time to climb up to the cave dwellings.

We were tired after all that climbing.

For the return trip, we went through Santa Fe which is a little faster.  Got to see Camel Rock .

And a lovely New Mexico sunset.