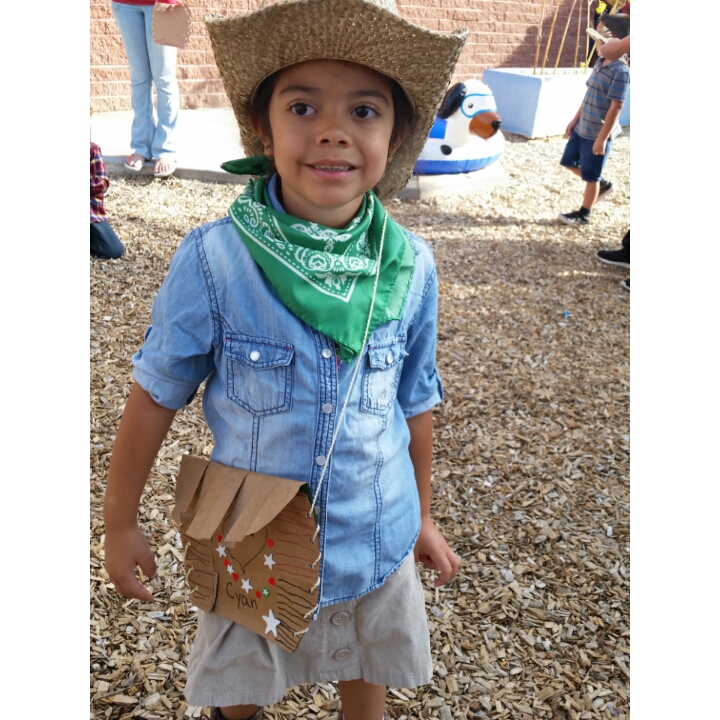 Today was Kinder Fair!  It’s like a mini State Fair for all of the kinders at Cyan’s school.  Super cutie patootie totes adorbs!

First, all the kids had to bring a project to display in the classroom.  There were lots of cool things on exhibit: paper maché pigs, painted bird houses, rice crispy treats, two race tracks, a magnet exhibit, eggs from a chicken, fresh garden produce.

Cyan shared her rock collection.  She’s been collecting rocks pretty much since she could walk.  Shiny rocks, volcanic rock, big rocks, little rocks.  She’s what you might call a rock star.

After we set up the project, all four kinder classes headed out to the playground to sing for us parents.

Then it was time for the fair activities.  Allan and I led a mighty group of three around the fair.  Each kid received an activity card and satchel.  We made our way around to each activity where the kids collected prizes.

We started with Lucky Duck and Bean Bag Toss

Then we stopped for a snack and there was plenty:  nachos, popcorn, Orange Julius, and snow cones!

Sweetie ate it during both the gunny sack and horse racing:)  She also got hurt when someone fell on her. 🙁

The last activity was facepainting.  Cyan chose a dolphin and Connor chose Mickey Mouse while Suri looked on.

Cyan hung out A LOT with her friend Michael (raises eyebrow).  But at least he came to check on her when she got hurt.

We had so much fun at Kinder Fair!