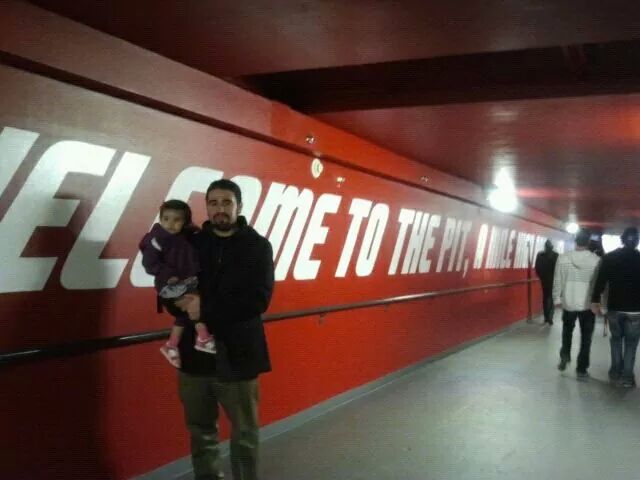 Let me start by saying, I’m an alum.  And as native as you get.   We support UNM arts, athletics and academics. Therefore, my opinion is weighted over other people.  Because, well, this is my blog.

So the issue is that University Arena aka The Pit was renamed WisePies Arena.  Let me try to break this down with the solid investigative journalism skills one acquires by scanning Facebook.  University Arena is now WisePies Arena.  The Pit, a nickname, is still in play.  But people are freaking out over this. To be clear, they didn’t change the nickname. It’s still The Pit. But I forget how averse some can be to change.

The folks who own WisePies, Vernon’s Steakhouse and Prime purchased the rights to name the arena, probably for a period of time at the cost of $5M.  I’m pretty sure I know these people, or at least one of them.  And hats off, if they can afford this kind of publicity, business must be good.

Some friends and I were just having this conversation over the weekend.  Albuquerque could stand to shake the small town small minded mentality.  And that’s just what this is.  All over the country, businesses pay to name venues.  Invesco Field.  Levis Stadium.  AT&T Stadium.  Staples Center. American Airlines Arena. It’s not even a new thing.  Schools do it.  Hopsitals do it.  Churches do it.  For a small fortune, you can name a room at our church. Not saying it’s right or wrong, but pay to play is certainly not new.

You can still call The Pit, The Pit.  And people still will.  I guarantee it.  I mean, how many times did you ever say, we’re tailgaiting at University Arena?  Probably never.  So what’s the big deal?  The Lobos play on Bob King Court.  Who says that? I taught at the Robert O. Anderson School of Management. People just say Anderson.

Traditionalists might say The Pit is iconic. It’s a top ten basketball venue. I love The Pit. And I think we still can. To me, this changes little. In fact, university is a little generic. Let’s all hope the Lobos become awesome and Bill Gates comes back to Albuquerque and names it Microsoft Arena. At a minimum, let’s not make a such a big deal about this.